Helen R. Caulton-Harris was appointed Director of Health and Human Services for the City of Springfield by Mayor Michael J. Albano on April 1, 1996. She is responsible for managing the health and human service infrastructure for the city. She also serves in the Mayor’s cabinet as the Commissioner of Community Services. Since her appointment, Ms. Caulton-Harris has played a prominent role in developing policy for the health and human services needs of underserved populations on the local and national level. Ms. Caulton-Harris also serves as vice-president of Partners for a Healthier Community, is on the UMass School of Nursing Dean’s Advisory Committee, and is a member of the Board of Directors of AAA Automobile Club and the Willie Ross School for the Deaf.

She was appointed by former Governor Cellucci as one of two Western Massachusetts representatives to serve on a statewide committee to examine the healthcare delivery system in Massachusetts. She was appointed by former Health and Human Services Secretary Donna Shalala to the National Committee on Interdisciplinary Health and Community Based Linkages. She is a Trustee for the Robert M. Hughes Academy Charter School. She is a member of the Greater Springfield Chapter of the Links Inc.; Carl L. Talbot VFW Ladies Auxilliary; and the Veterans Affairs Committee for the City of Springfield. She is on the faculty of Springfield College in Springfield, Massachusetts. In 1999, Ms. Caulton-Harris received the AIDS Action Community Service Award from the AIDS Action Committee and the Rebecca Lee Award from the Harvard School of Public Health and Massachusetts Department of Public Health. In 1999, Ms. Caulton-Harris received the Dorothy Jordan Pryor Award for Community Service from Springfield Technical Community College. In 2001, Ms. Caulton-Harris received the Scottish Rite Mason Award for Outstanding Services To Our Community. In 2002 she received the Community Service Award from the brethren. Her publications are included in the national bestseller Our Bodies Ourselves. 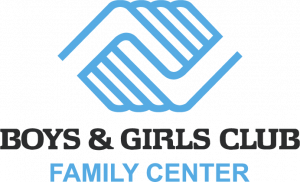